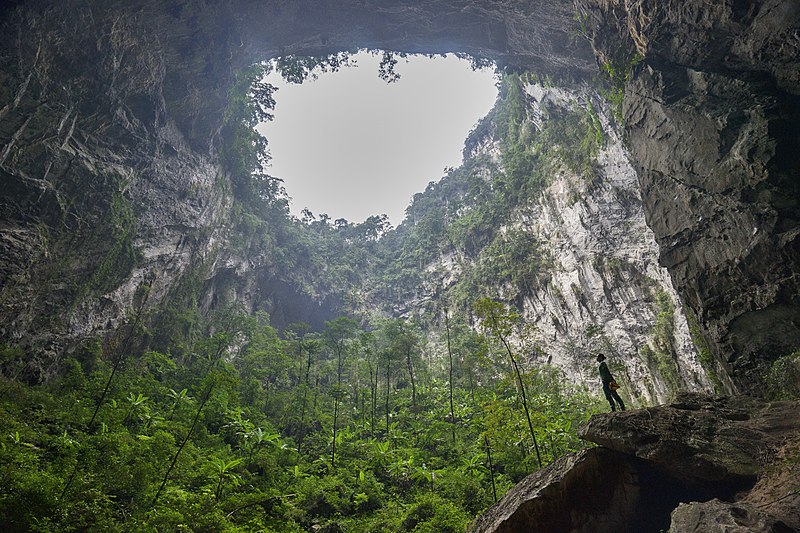 I ushered in the 2020 from my Airbnb in Hanoi, Vietnam. Now I’m back in Doha, Qatar ready to begin teaching spring semester. This is the last semester of my first contract with Qatar University, and the good news—which I received before traveling to Vietnam—is that my contract has been renewed for another three years. This means I will be in Doha for the World Cup 2022!

Though I arrived back in Doha on Friday, January 3, my mind isn’t quite in work mode yet. I have an appraisal document that I need to work on this week, and classes start next week. Still, my mind is in travel mode.

Additionally, my youngest son graduates this spring, so I need to be in the US on May 21. I will then spend a month stateside before heading back to Doha. However, on the way home to the Gulf, my plan is to do a layover in Milan, Italy and then visit Zurich, Switzerland and Vaduz, Liechtenstein. I have already priced out the plane tickets for a multi-city flight from Doha to La Crosse, La Crosse to Milan, and Milan to Doha. Might book this trip at the end of the month when I receive my salary and my coffers have been replenished.

Lastly, a friend of mine will be completing an English Language Fellow assignment in Namibia this year, and I don’t have to be back to work until August 8, so I am tracking ticket prices from Qatar to South Africa and South Africa to Namibia. Just need to hear more from my friend once she arrives. By the end of the summer, I will have visited another five countries.

I have traveled to 17 countries, right now, and if all goes according to plan, I will have traveled to 25 countries when my second QU contract starts in Fall 2020. My goal of visiting 50 countries by age 50 will be half complete. There’s a pretty good chance that I will have accomplished this goal well before I am 50, which would be quite satisfying.

Regardless, you would think that after all this traveling planning my travel bug would have been scratched. However, before my mind is able to return mostly to work mode, I wanted to list out the five destinations on my travel bucket list. This list is arranged in order of ascending logistical difficulty.

From October 2020 to April 2021, Dubai will be hosting the World Expo 2020. World Expos are held every five years and are a showcase for the achievements of nations. The primary draw of the expo, for me, is the architectural pavilions that the participating nations will create. I want see and photograph the stunning design.

The problem, however, is that the UAE is still supporting the blockade of Qatar. In the past, flights from Doha to Dubai took less than an hour. However, if I want to visit Dubai now, I must either do a layover in Kuwait or in Oman, making the trip 3-4 hours long.

This isn’t terribly inconvenient but has stopped me from visiting Dubai during the past three years that I have been living in Doha.

Swim with Whale Sharks (Anywhere I Haven’t Been!)

I want to swim with whale sharks!

I don’t care where, but preferably somewhere I haven’t been. Here are some possibilities:

With this bucket list item, timing and price are a major issue. The seasonal location of the whale sharks needs to coincide with either my winter, spring, or summer break. And, I need to decide well in advance so that I can get the best plane ticket price and excursion package.

There’s also the matter of snorkeling or scuba diving. I have snorkeled a couple times, so I am a novice snorkeler, but I have no scuba diving experience. To remedy this, I am considering scuba training this year in order to give me the option of swimming, snorkeling, or diving withwhale sharks.

What is a Quokka? According to the internet, the happiest animal on the planet. They’re super cute, and I want to visit Rottnest Island off of Western Australia to take a Quokka selfie. It’s a stupid goal, but it’s my life.

Ferries from Perth to Rottnest Island are under $100. However, flights from Doha to Perth are around $2000! A direct flight would take just under 12 hours.

So, if I’m willing to spend two grand on plane ticket, I can visit the Quokkas and maybe see what else Australia has to offer.

Visit Bhutan, the Only Country that Measures Its Gross National Happiness

Bhutan is located in the Eastern Himalayas. It shares a border with Tibet (China) and India. It has been independent for centuries and has never been colonized. Mad props!

According to Wikipedia, “In South Asia, Bhutan ranks first in economic freedom, ease of doing business, and peace, and is the least corrupt country in the region as of 2016. […] Bhutan is also notable for pioneering the concept of gross national happiness.”

I want to visit a country that prioritizes the happiness of its populace. This sounds like the underlying principle of any utopia, and I want to experience this firsthand.

Here’s the problem. In order to visit Bhutan, for a visa, you must pay $200/day during the low season (December to February and June to August) and $250/day during the high season (March to May and September to November)!

However, this money goes towards the free education and healthcare of its population and the sustainability of the country.

With any utopia, some group is always being marginalized or exploited by the system; in case of Bhutan, the visitor is the one who seems to be bearing the brunt of the social bliss.

In 2008, a Vietnamese hunter stumbled upon the cave system while gathering food. Sections of Hang Son Doong are large enough to house an entire New York City block, including 40 story skyscrapers. Sounds amazing. Sign me up.