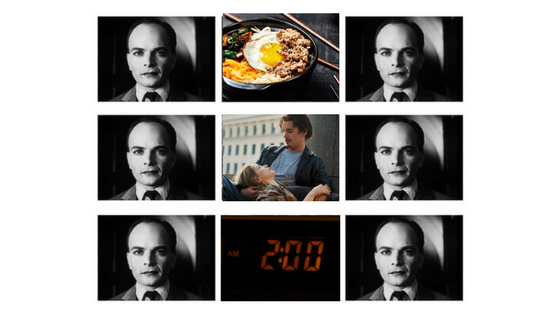 Thursday afternoon I was invited to join some of the guys from work for drinks and dinner at the Doha Golf Course. That morning, we all had to submit our grades for the fall semester, so there was some cause for celebration. Regardless, I always relish the opportunity to hang out with my colleague outside of work.

The Doha Golf Course is located between my apartment in Lusail and Qatar University, so I didn’t have very far to drive after waking from my afternoon nap. That morning, after submitting my grades, I had to pay another 1900 QAR to rent my car for an additional month. I make these payments in person, which means that I have to drive into the old part of the city near Al Safa Royal Suites, my old home. Mindful of the narrow streets and construction, I tried to pick a time of the day when I knew traffic wouldn’t be too bad.

I left to pay my bill at 11am. Made it to the location. Double parked in front of the place. “You parked in the road, sir.” I know but so did the man behind me. “Any problems with the car.” No, everything is fine. Will you let me know if I get a traffic violation, or do I have find out online? “No, we will let you know. Hamdulilah. There will be no tickets.” Ok, thank you very much. With that, I had my car for another month. Maybe next month I would start looking in earnest for a used car.

Before stopping at the car rental agency, I saw a Korean grocery store that I wanted to visit. So, after paying my bill, I decided to check out the store. Since there were no available parking spots, I improvised, driving over the curb and parking on the sidewalk outside of the building. (I know I must sound like the most inconsiderate driver—illegally parking twice in the span of one hour—however, in order get anything done in this part of the city, one must use enhanced parking techniques.) After doing a quick scan of the store, I noticed a Japanese/Korean restaurant across the street. Ok, I knew what I was eating for lunch.

One order of kimbap and bibimbap later, I was ready to buy some groceries and head home. I purchased some hell ramen, kimchi, oyster sauce, and honey butter potato chips. Much like the population of Doha, my pantry has become a mélange of representatives from around the world. Cheese and butter from France. Yogurt from Qatar. Kefta made of Australian beef. Snacks from India. Now, I could add Korean food products to the UN assembly in my kitchen.

After arriving at home and napping for two hours, it was time for me to join the guys at the golf course for drinks and more food. Ugh. The kimbap and bibimbap was barely digested, and I now had to find more room for tasty organic matter in my stomach? Why was the lord punishing me today?

I put on a blazer over my buttoned shirt, wondering if I would be too warm or underdressed for the restaurant. But, when I got to the golf course, the guys were sitting outside next to a portal heater. “Looking sharp, Conan.” I knew that my dressing worries were for naught because I was not too warm and was sufficiently attired for the occasion. Actually, as the sun went down and wind stirred over the golf course, I was a little chilly. The rest of the guys remarked about being cold and requested additional portal heaters be brought to our table. I, however, endured the cold with dignity and in silence because the thought of my family and friends in the Midwest enduring subzero temperatures warmed me with schadenfreude.

During our dinner, one of the guys regaled us with an anecdote about a man who married a South Korean prostitute who ended up divorcing him and taking a large sum of his savings. This story ended up seguing into a debate about love, and whether Western men who marry younger women from developing countries are truly seeking love. The guy telling the story argued that these men were ostensibly after love; however, much of the table wasn’t buying his argument. I countered that these men, if they were truly after love, would date a woman their own age. Also, these men are being selfish marrying a women 20-30 years younger than them: the men just want someone young to keep them company during the twilight of their lifetime. Yet the point of the discussion wasn’t to use Socratic questioning to arrive at the nature of love. I think the colleague was just trying to rouse us into discussing a topic, and he was willing to adopt an unpopular opinion in order to goad us into a spirited discussion.

During the discussion, I received some texts from a female friend regarding plans to go to a night club, the Black Orchid. The club required memberships, and there was a special on memberships that weekend: women would receive free memberships while men could purchase memberships for half off. Additionally, couples and mixed groups were encouraged; single men or groups of men would be turned away. In order for me and another guy to check out the club, we would need her to accompany us. I had forgotten about this plan that I made earlier in the week and was now wondering if I had the energy to go out to a club after enjoying a drink and eating an order of fish and chips. Why was the lord punishing me with too many social commitments?

Not wanting to act my age and turn down an opportunity because I was getting tired, I ordered a coffee and resolved to go to the club later.

The Black Orchid is located in the very posh hotel, the Mondrian, near my apartment. The Uber ride cost only 10 QAR or ($3 USD), and if this were a city in the US, we would be able to walk the distance. However, because we live in Doha, the short distance isn’t really feasible for pedestrian traffic, hence the need for the Uber.

We were joined by another male and female colleague, which gave our group an even gender balance, so there were no problems with us getting into the club. Yada, yada, yada…it was 2am, the DJ finished his set, and the lights to the club came on.

[This is the point at which my post needs to end. However, I haven’t decided the best way to conclude my shaggy-dog adventure. Please choose the ending that you like best.]

After arriving back at our apartment building, I said goodnight to my colleagues as they got off at their respective floors. I then fumbled around my kitchen making a sandwich using a stale croissant and leftover turkey meat before watching Youtube videos. Not quite ready for bed, I listened to a slew of songs to come down from my day.

I posted some pictures on Instagram that I took earlier at the club. Immediately, my oldest son on the other side of the world liked my pictures. It always touches me when he takes an interest in my old man adventures.

Exceeding my quota of adventure for the day, I was looking forward to spending the rest of the weekend in my apartment by myself binge watching Netflix and making myself kimchi rice bowls. At my age, everyday doesn’t need to be brimming with excitement.

After arriving back at our apartment building, I said goodnight to my colleagues as they got off their respective floors; I was the only one left in the elevator. Back at my apartment, I made myself a sandwich and then checked my social media feed. It was then that I saw a post from one of my exes who I no longer followed. She was tagged in a picture and our mutual friend liked and commented on it—thus, her post made its way out of the ether and into my feed.

Happy in a sincere way of someone who has moved on with their life. Her smile and joy burned me as I scrutinized her pictures. In an instant, feelings that I thought I had long ago buried were stirred again. Thankfully, I had the willpower not to click on her profile and stalk her any further. Instead, I put down my phone and bitterly went to bed.

When I woke up, the sandwich was waiting for me on my living room side table.

After arriving back at our apartment building, I said goodnight to my colleagues as they got off on their respective floors. I was outside my apartment door, when the thought of my empty apartment dismayed me.

I spent the day in the company of others and now I was ending my day the way I began and ended so many of my days in Doha—alone.

I wanted to go for a walk around Lusail but worried that security in the area would question what I was doing by myself so late at night. So, instead I went down to the pool outside of my apartment to hide and bide my time.

I sat and studied the film of sand and dust that would shimmer on ripples of the water. The day had felt so full yet in an instant I was second guessing what had I accomplished? A minor errand, inconsequential discussions, libations and indulgences? In an instant, all can be rendered meaningless.